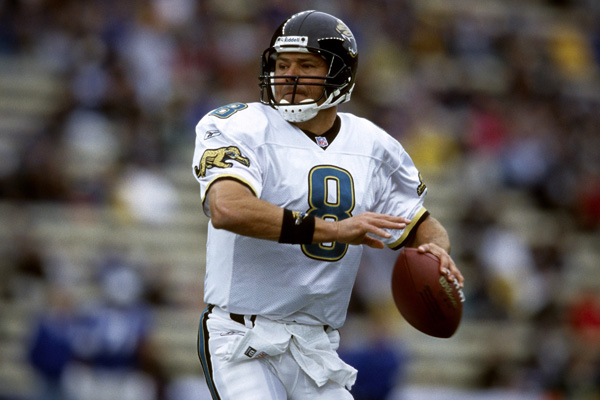 While most Steelers fans are disgusted with the teams outing on Sunday, for those that are already ready to jump ship, let’s take a quick history lesson about another season that didn’t exactly get off to a great start, and may remind many Steelers fans of Sunday vs the Titans.

The year was 1996, and the Steelers were coming off a Super Bowl season in which they lost 27-17 to the Dallas Cowboys. The team was in transition, losing their franchise QB in Neil O’Donnell in the offseason to the New York Jets in a move that stunned many.

Losing O’Donnell meant that head coach Bill Cowher would have to place someone new under center, and after a camp of going back and forth, named Jim Miller as the opening day starter.

His being the starter for the black and gold lasted exactly one game.

The opponent on opening day Sunday was the Jacksonville Jaguars, a second year expansion team that actually beat the Steelers in Jacksonville in 1995. They had a young QB named Mark Brunell, and who would have guessed in 1996 they would make the AFC Title game against New England?

The day was insane in terms of humidity (78 percent), which made 78 degrees feel like near 90 in Jacksonville, Florida, something that bothered new Steelers RB Jerome Bettis, who suffers from asthma.

The entire afternoon was basically a disaster for the defending AFC Champs, as they were beat up and beat down by the Jaguars in a stunning 24-9 loss that no one saw coming.

The Steelers trailed 14-6 at half, and all the sudden players started to fall. First was the biggest blow, as the team lost emotional defensive leader Greg Lloyd with a season ending knee injury.

Seeing Lloyd, who was a terror on defense for the Steelers carted off was much like a scene from Sunday’s loss to the Titans.

After Lloyd went out, the team lost another LB, as Steve Conley, a 2nd round draft pick, left the game with a severe injury that cost him most of the season.

Miller was replaced late in the game, and never started another game in 1996. The Steelers instead went with Mike Tomczak after Miller went 9-for-17 for 83 yards.

Following the disaster in Jacksonville, Cowher announced Tomczak would be the starter at QB, and he filled in nicely, winning 10 games for the Steelers, who went to the postseason as divisional champs and beat the Colts in the wild card before losing to New England in the divisional round.

So this Monday, if your waking up feeling mad, upset, distraught about your black and gold, you have a right to.

But don’t count them out – not yet anyway.

Sunday Poll Questions Following the Loss to the Titans
Video: Who Is The Biggest Blame In Sunday’s Steelers Loss?