Tomlin Updates The Walking Wounded As The Steelers Look Ahead 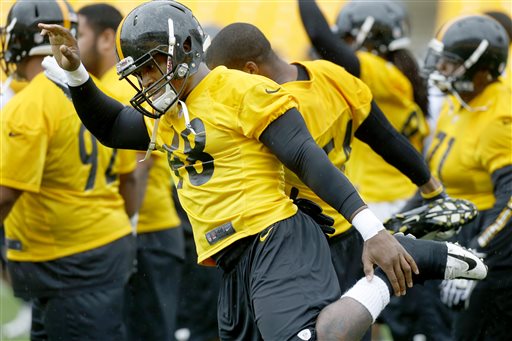 The Steelers on the field Monday night vs the Bengals will look very different than the one Sunday vs the Titans.

Coach Mike Tomlin today spoke about the following changes to the lineup on both sides of the ball after the massacre that took place vs the Titans.

Kion Wilson will start at inside linebacker vs the Bengals, he will take the role of Larry Foote, who was placed on IR after blowing out his bicep.

Rookie Vince Williams will be the backup to Foote.

Kelvin Beachum will start at center in place of Pro Bowl center Maurkice Pouncey, but something tells me that the team will work hard to get just signed Fernando Velasco up to speed.

As far as the running back spot goes, Isaac Redman and Le’Veon Bell will stay as “co-starters”, but with Bell’s injury, Redman will likely be the overall starter.

Felix Jones is the first backup, and Jonathan Dwyer is listed as third, but could see action with the way things played out Sunday.

Tomlin said that Graham is a “kicking option.”

Suisham will probably start the week as questionable.

Tomlin didn’t give a for sure as to when the team would have the services of TE Heath Miller, but said he will work more in drills this week.

CB Cortez Allen has an ankle injury, but could be back on the field ready to go with the extra day of practice due to it being a Monday Night game.

Steelers vs Titans Report Card
Video: Tomlin On The Loss, The Injuries, Looking Ahead