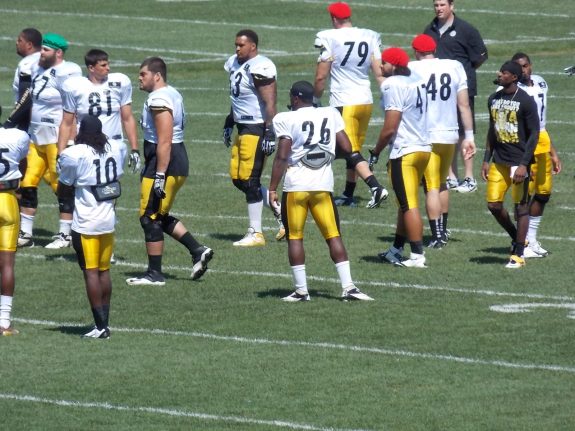 We have yet to see Le’Veon Bell in a regular season NFL game, and it could be even longer till he is able to take the field.

A report today from the Tribune-Review states that Bell’s injury is now being classified as a Lisfranc sprain, and they are hoping he can be back in a month.

The Steelers for a long period of time seemed hopeful that he would be back in the next week or two, but now that doesn’t appear to be close to happening.

With no Bell to turn to in the backfield, the Steelers run game was awful Sunday, their lowest output since the 2006 season.

For now the team will continue with Isaac Redman and Jonathan Dwyer in the backfield.