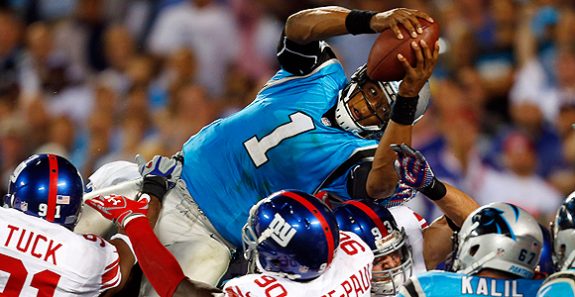 This week started with the Thursday night shocker of the Chiefs going to 3-0 in Philly, so we start the week down a game already.

Here’s our picks for the week for the NFL, with maybe some surprises in there as well!

Arizona at New Orleans – The Saints had trouble with the Bucs, but they are back on their turf against a team that isn’t going to be very good this season despite a win over the Lions. New Orleans 27 Arizona 13

St.Louis at Dallas – Dallas lost at KC a week ago, and need to shore up mistakes on both sides of the ball. The Rams will give them a tussle in Big D, but Dallas should do enough for a three-point win. Dallas 23 St.Louis 20

Green Bay at Cincinnati – The Bengals are feeling good after beating the offensively challenged Steelers, but will have to play better on both sides to beat the Pack. Aaron Rodgers has been great the first two weeks, and will have to have a big game again. Green Bay 27 Cincinnati 24

Tampa Bay at New England – The Bucs are not very good, even with their effort vs the Saints a week ago. Look for Tom Brady to put up great numbers for fantasy owners vs the Bucs D, even against Darrelle Revis. New England 28 Tampa Bay 17

San Diego at Tennessee – The Chargers impressed me a week ago vs the Eagles, and I think they are better than the Titans, and will get a win on the road to get to 2-1. San Diego 26 Tennessee 17

Detroit at Washington – Crisis in DC, as the Skins have not played well in two games, and it’s mostly due to RG3. Look for them to get back to basics this week, and for the Lions to suffer another tough road loss. Washington 21 Detroit 17

NY Giants at Carolina – The Cats seemed to have the win last week vs the Bills, and now they face an 0-2 not too happy Eli and the Giants. Not a good combo, as I think the G-Men get on track. New York 34 Carolina 23

Houston at Baltimore – The Ravens didn’t dominate the Browns a week ago, and just seemed a bit sluggish. Look for them to struggle again vs the Texans, but for the Ravens D to make some plays and wind out with a win to get to 2-1. Baltimore 19 Houston 17

Atlanta at Miami – The Falcons will need to challenge the suddenly good looking Fins secondary, and I think they will, but don’t think Miami will just roll over. They are playing well for Joe Philbin, and I think that continues with a big win here. Miami 23 Atlanta 16

Indianapolis at San Francisco – Great game with two great young QB’s. Andrew Luck had a tough go of it last week, but with new weapon in Trent Richardson they will be fun to watch. The Niners though are at home, and they will rebound off a awful game vs the Hawks. San Francisco 24 Indianapolis 20

Buffalo at New York Jets – Ugh. You really wanna watch these two teams do battle? The Jets are bad, the Bills are bad, will anyone care who wins? Buffalo 14 NY Jets 13

Oakland at Denver – If you didn’t think the Broncos were the best team in the AFC, I am sure you have changed your mind by now. Easy win on a national state for Peyton and his teammates. Denver 31 Oakland 14