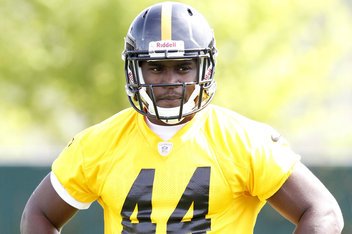 The Steelers made a practice squad move today, as the brought back LB Kion Wilson, dumping LB Alan Baxter.

The move is somewhat of a surprise, as Baxter, who was an undrafted rookie who played defensive end at Northern Illinois, was very good in camp for the Steelers this summer.

Wilson actually started after the season-ending injury to Larry Foote, but the team wasn’t getting enough from him, and released him when they brought back Stevenson Sylvester this week.

Tomlin Lays Down The Law – No More Games In The Locker Room
Jets TE Winslow Suspended For PED’s – Won’t Play Vs. Steelers