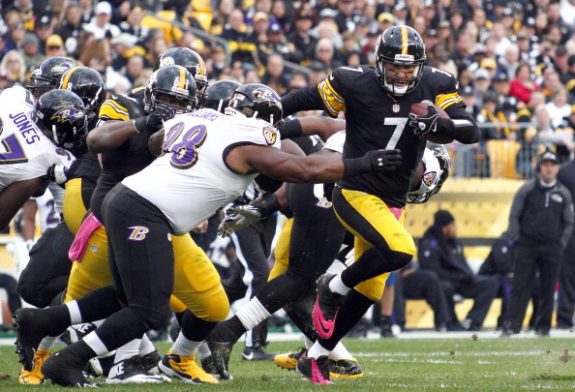 Count the Steelers back in the race in the AFC North.

A 42-yard field goal at the buzzer by Shaun Susiham gave the black and gold a hard fought 19-16 win over the rival Ravens, the first win at home over Baltimore in three seasons.

The win puts the Steelers at 2-4, while the Ravens drop to 3-4 as they will head into the bye.

The Steelers controlled the tempo most of the day, and it wasn’t until the Ravens scored a late TD with less than two minutes to go tied the game that it was even.

At that point the Steelers got a good return from Emmanuel Sanders, and marched down the field to set up Susiham for the game-winner.

Now with two straight wins, a sign of a run game, and a win over their biggest opposition, what do you think Steeler Nation?

Ravens At Steelers Week Seven Inactives – OLB Jones Out
Video: Mike Tomlin Talks About The Win Over The Ravens