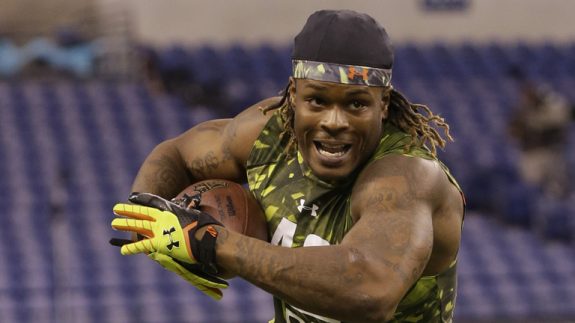 As the Steelers set for a huge game at Heinz Field Sunday against the Lions, they already know one player that won’t be on the field.

The team won’t have the services of rookie safety Shamarko Thomas, as he suffered a high ankle sprain Sunday against the Bills.

Left guard Ramon Foster has yet to be ruled out with a right ankle injury, but isn’t likely to play.

As far as other injuries, linebacker LaMarr Woodley (left calf strain) and defensive end Brett Keisel (foot) may be limited early in the week but should have no issues going Sunday vs. Matthew Stafford and the Lions.

Video: Tomlin On The Steelers 23-10 Win Over The Bills
Lions Vs. Steelers Week 11 Capsule