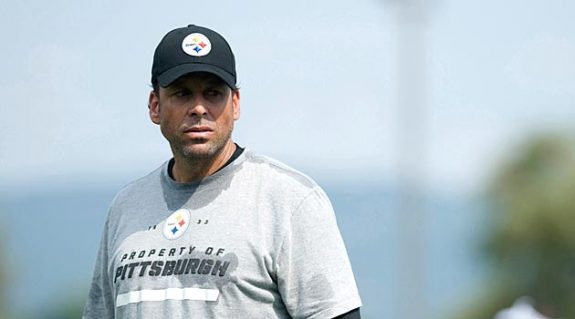 Like or not, Todd Haley is staying the offensive coordinator of the Steelers.

NFL.com’s Ian Rapoport (yes, the same guy who said Ben wanted out in early November and would demand a trade this offseason) stated earlier today that Haley is likely to stay with the team heading into 2014.

“When you talk to people familiar with that situation, what they say is that some of the other coaches — Kirby Wilson the running backs coach, also Mike Tomlin — became more involved with the offense,” Rapoport said. “And also Haley allowed Ben (Roethlisberger) to run the no-huddle that he really wants.”

The Steelers offense did play much better the last half of the season, turning a 2-6 start into an 8-8 finish and inches wide of a playoff birth thanks to the Chiefs on the last day of the regular season.

The offense seemed to take shape with Ben Roethlisberger running more and more of the no-huddle in games, and also with the emergence of rookie running back Le’Veon Bell.

In the teams last four games, three of which were wins, the team scored a total of 116 points, or 29 points per game.