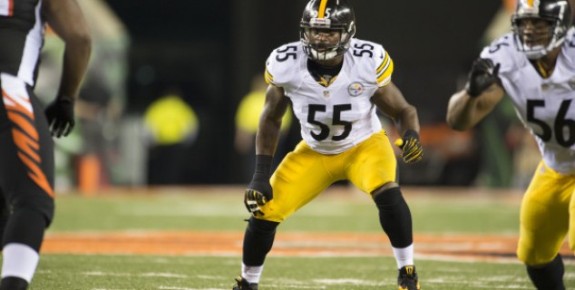 Disclosed in the NFL’s Thursday transactions list, the Pittsburgh Steelers have waived veteran inside linebacker Kion Wilson and in turn signed undrafted rookie cornerback Lew Toler who was invited to rookie minicamp training sessions earlier in the offseason program.

Wilson only appeared in seven games for the Steelers during the 2013 season.  The 27-year-old recorded twelve tackles after starting at left inside linebacker in Weeks Two and Three before seeing his spot taken by Vince Williams.

Toler (5-11, 189) went undrafted in the 2014 NFL Draft, playing collegiate ball at Western Michigan and Rutgers.  For his career, Toler accrued 180 tackles and eight interceptions in 43 games.  Toler will be one of nine cornerbacks on the Steelers roster as training camp opens on Friday.