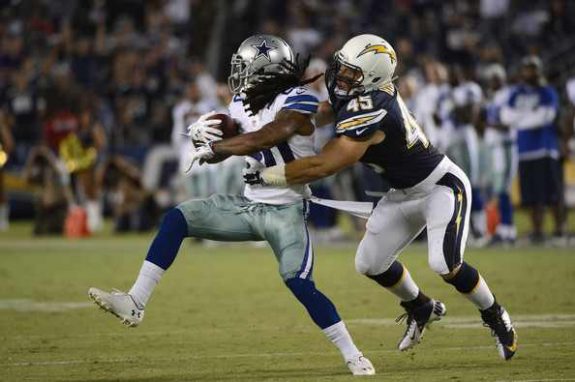 The Pittsburgh Steelers faced a situation with rookie Jordan Zumwalt after he sustained an injury that would either place him on the cut or waive list, which teams seldom like to do with draft selections of that year, or place him on the Reserved/Injured list.  Zumwalt saw the latter, which meant that the Steelers had room to bring someone else in. Friday afternoon saw the Steelers claim cornerback Webb (B.W.) from the Dallas Cowboys.

Dallas selected B. W. Webb in the fourth round (114th overall) of the 2013 NFL Draft and the Colonial Athletic Association and Eastern College Athletic Conference Rookie of the Year played in 15 games as a rookie for the Cowboys.

Webb was the first freshman to boost his All-American season with the Tribe (2009) with eight interceptions and lead the (college) league.  One of his most attractive features was an exceptional visual ability on the field, vertical skills and quickness in the backfield, allowing him to defend 30 passes during his college career.  Webb was also an effective return specialist, gaining 604 yards (third on William & Mary’s all-time punt return chart).

For his career at William & Mary, Webb recorded 151 tackles (100 solo) with 7.5 stops for losses of 25 yards, one forced-fumble and two fumble recoveries.  Webb added 11 interceptions; two for touchdowns, gaining 171 yards.  The only other Tribe player to ever lead the league in interceptions was Darren Sharper (1994 and 1995).  Similar to Sharper, Webb returned 70 total punts for 604 yards and two touchdowns and 13 kickoffs for 207 yards.

With the Cowboys, Webb was earning his rookie stripes.  During the 2013 NFL Season, Webb recorded 16 tackles (13 solo) and one pass defensed behind starters Orlando Scandrick and Morris Claiborne.

The news that the Steelers were able to claim a young cornerback in B.W. Webb may give  a sense of relief to ‘Steelers Nation’ fans who were concerned about depth at the defensive backfield position in Pittsburgh, especially when they watched the team virtually ignore the position during the 2014 NFL Draft.