Who Will Be Ahead In The AFC South 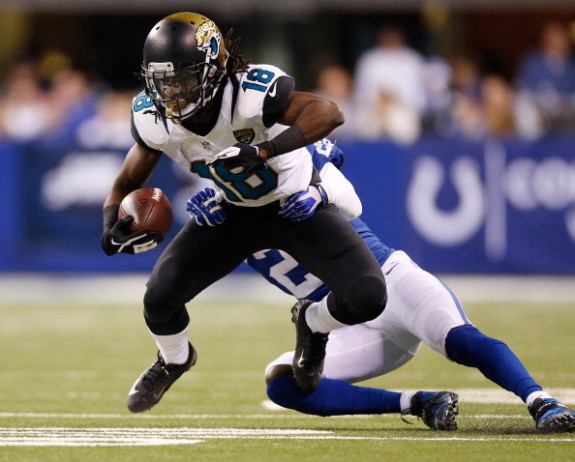 The AFC South has shifted over the past couple of seasons. The Houston Texans have risen but took a step back last season.

The Indianapolis Colts look to continue rising as they are officially past the Peyton Manning era. The Jacksonville Jagurs are,trying to rebound after multiple losing seasons. The Tennessee Titans are looking to break out while being led by quarterback Jake Locker.

The Indianapolis Colts are expected to make that next leap forward. Andrew Luck and free agent sign Hakeem Nicks will make a great combination along with Reggie Wayne. Running back Trent Richardson will be looking to carry the bulk of the Carries. On defense the Colts will need to develop a pass rusher quickly with all pro defensive end/outside linebacker Robert Mathis suspended for the first four games of the season.

The Tennessee Titans have been derailed by injuries over the past few seasons. They will bee looking to running backs Shawn Greene and rookie Bishop Sankey to fill the void at running back now that Chris Johnson is with the New York Jets. New Head Coach Ken Whisenhunt has done wonders with quarterbacks over the last 8-10 years. The Tennessee Titans are a pass rusher and solid cover corner away from being a serious playoff contender.

The Houston Texans have special players on their roster for sure. Wide receiver Andre Johnson,defensive end J.J. Wyatt The Houston Texans main problem is their unstable quarterback situation. They recently acquired quarterback Ryan Mallet from the New England Patriots. It will be interesting to see how he fits under new head coach Bill O’Brien’s system.

The Jacksonville Jaguars have been rebuilding for the past few seasons,with little success. Rookie Blake Bortles has looked impressive so far but the plan is for Bortles to sit and learn the entire season.With a lack of identity on defense the Jacksonville Jaguars are expected to miss the playoffs once again