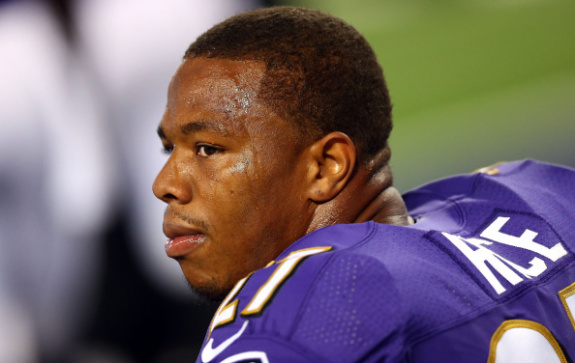 The talk of the day isn’t about any of the action on the field in NFL week one, but instead about a disgusting incident from a player that the NFL should suspend for the rest of time.

New not before released to the public footage of Ravens running back Ray Rice is out, and it shows the elevator incident that landed Rice a two-game suspension to start the year.

The new footage speaks for itself, and shows Rice punching and knocking out his now wife.

The NFL told TMZ they had not seen the new footage. “We requested from law enforcement any and all information about the incident, including the video from inside the elevator. That video was not made available to us and no one in our office has seen it until today.”