The Pittsburgh Steelers Handle Business In The Steel City 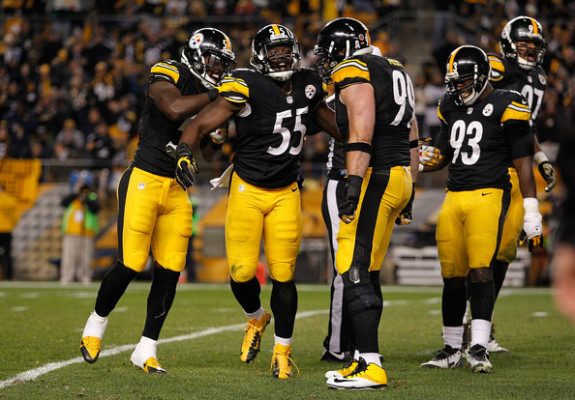 The Pittsburgh Steelers demolished the Baltimore Ravens, 43 -23, in excellent fashion. After getting off to a rocky start the Steelers overwhelmed the Ravens physically and most definitely mentally. From creating turnovers to long touchdown passes, the Steelers got on a roll and rode the momentum through the entire game.

The game plan took a little while to gel, but once it did, it was flawless. Head coach Mike Tomlin did an excellent job motivating his players for this important game. Offensive coordinator Todd Haley called a masterful offensive game, spreading the ball around to multiple receivers. The offensive game plan benefited the offensive line as they did not have to hold their blocks as long as the game went on. Defensive coordinator Dick LeBeau provided pressure schemes on Ravens quarterback Joe Flacco. Also, great coaching strategy was shown with the running game being contained, making the Baltimore Ravens offense predictable.  Grade A

376 total yards and six touchdowns. Ben Roethlisberger continues to play on an elite level never seen before by any quarterback in NFL history in a two week span.  The offensive line gave up multiple sacks in a row early in the game. The offense settled down and Roethlisberger then got the ball out quicker. Not much contribution from the running game, but Le’Veon Bell did catch an 8-yard touchdown. The offense controlled the clock for 31 minutes and 26 seconds which is always a plus. Five different players caught a touchdown pass making the offense more dangerous in the upcoming weeks.  Grade A-

Defense recorded four sacks in the game. Limiting the Ravens from picking up big yardage in their downfield passing game. Forced a fumble and the interception leading to two touchdowns. The defensive front seven kept the Ravens offense in front of them. Harrison is beginning to look more like his old self more and more each week, recording two sacks against Baltimore. The cornerback trio of Brice McCain, William Gay,and Antwon Blake are very underrated and are improving with each game. Safety Will Allen did an admirable job in the second half after Troy Polamalu had to leave the game due to injury. Grade A

Shaun Suisham converted 5-of-5 extra points. Punter Wing had some excellent punts changing the field position. Not much in the punt return game. The main negative was the 108-yard kickoff return by Jacoby Jones. Grade B