Can Dri Archer Break Out Against The New York Jets 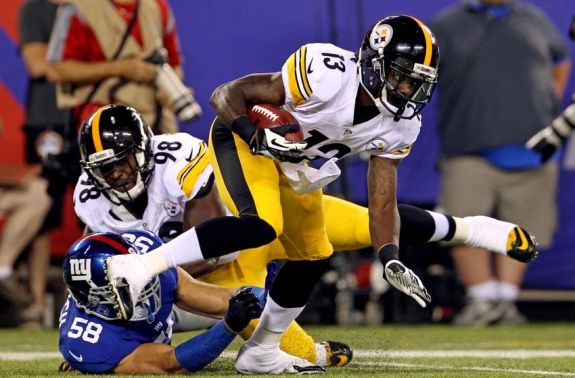 Dri Archer has struggled so far this season. Despite the speed Archer possesses, he has not shown much of that on the field. This week against the New York Jets it may be the game Archer can break out.

There is a part of me that would love to see him as a punt returner where his quickness and speed could create problems for the opponent. So far, it’s safe to say the game seems to be a little too fast for Archer at the moment. Leading into week 10, plays that seem up Archer’s alley-  jet sweeps, screens out of the backfield and off-tackle runs – have not turned out well for the rookie.

If Archer can break into the open field, clearly he can be more effective, but Archer must grasp the NFL game in order to understand how to position himself in favorable situations. Despite Archer’s lack of size at 5’8″, 173 pounds, he has shown he can take a hit which will hopefully lead to the Steelers trusting him with more playing time. The  Jets are a bad team this season and if the Steelers can get off to a commanding lead, Archer could receive much needed playing time.