Steelers Quiet On Polamalu Returning for 2015 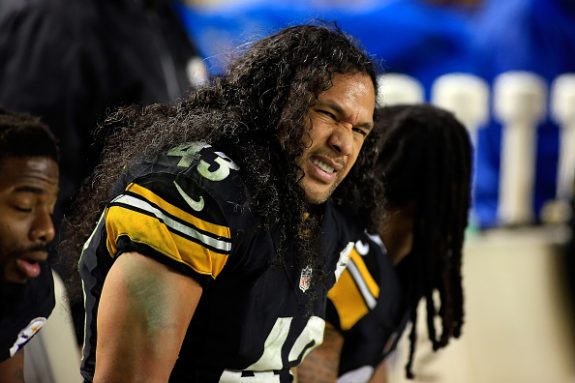 Steelers president Art Rooney II did not commit to bringing back strong safety Troy Polamalu in 2015 even if the eight-time Pro Bowler wants to return, Scott Brown of ESPN.com reports.

Rooney has said he wants Polamalu to retire as a Steeler, but the safety is coming off a season in which he did not record a sack or intercept a pass for the first time since 2007.

Polamalu, who will turn 34 in April, has two years left on his contract. He said after Pittsburgh’s AFC wild-card loss to the Baltimore Ravens earlier this month that it is fair to question whether he has played his last game for the Steelers.

Polamalu and veterans such as outside linebacker James Harrison, defensive end Brett Keisel and cornerback Ike Taylor all face uncertain futures. Rooney said the team has not made any decision on the four, who were stalwarts on the teams that played in three Super Bowls from 2005 to 2010 and won two of them.

“We’ll be having conversations internally,” Rooney said Wednesday at Steelers headquarters. “We’ll have conversations with each of those players and others about what they want to do and whether they’ll fit into the plans for next year. There’s a lot of discussions to be had in terms of the next few weeks and months.”

Dick LeBeau to Part Ways With Steelers
Shining Among The Elite: Pouncey, Brown and Timmons