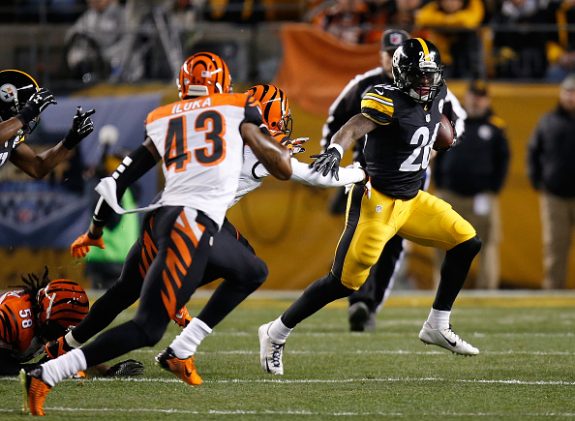 From all indications, the Steelers may have to play the first two games of the 2015 season the same way they played the final game of the 2014 season – without running back Le’Veon Bell.

ESPN NFL Insider John Clayton reports that Bell is likely to be suspended for the first two games of next season as a result of his August arrest on marijuana charges.

Bell and former Steelers teammate LeGarrette Blount were arrested August 20th after police smelled marijuana coming from their vehicle, which Bell was driving.

Bell will spend 15 months on probation in a first-offender’s program and will have his driver’s license suspended for 60 days. Under the terms of the NFL’s new substance abuse policy, he faces up to a two-game suspension.

Steelers general manager Kevin Colbert acknowledged Tuesday that the team will be prepared if Bell receives a suspension.

The Steelers sure were not ready to play without Bell in their playoff loss to the Ravens in the AFC Wild Card game.

The team started former Texans and Browns running back Ben Tate in that game, and also used rookie Josh Harris, but neither did much in the loss which ended the Steelers season.