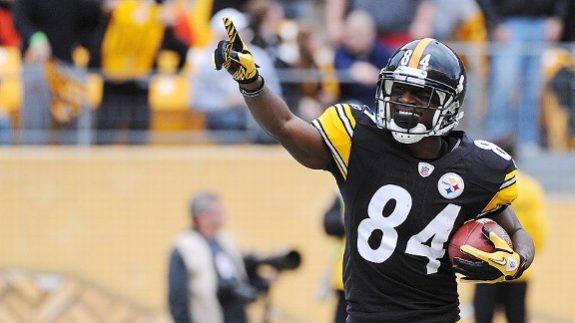 Holdout or simply extra time with his family (as the receiver appeared to indicate with earlier messages on Twitter), Pittsburgh Steelers receiver Antonio Brown has reported with the team.

Reports that Brown and his agent were considering a holdout through training camp caused a social and sporting media firestorm. Fans were split between disappointment over appearances that Brown, who had a spectacular 2014 season would put the team in a money predicament and statements that professional football is a business and Brown had earned the right to request more money.

According to Mark Kaboly of the Pittsburgh Tribune, Brown was present at the Steelers’ facilities this morning.

Who Does Todd McShay Like the Steelers to Take in the 2015 NFL Draft?
Check Out What The Steelers 2015 Draft Hats Look Like