Steelers: The Good ‘Problem’ That Receiver Talent Has Created 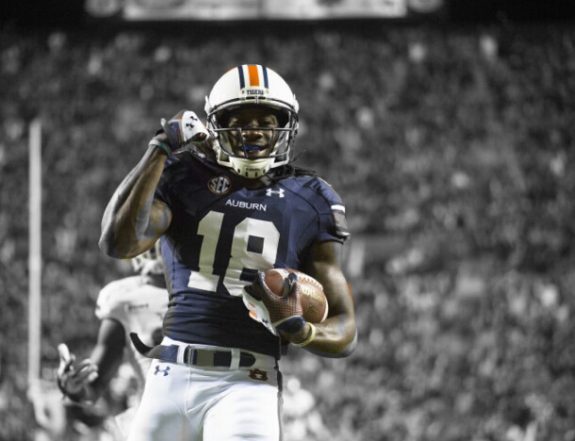 In a surprise move, the Pittsburgh Steelers drafted Sammie Coates in the third round of the 2015 NFL draft.  Coates, along with Martavis Bryant and Antonio Brown are proven deep threats.  With all this young talent and combined great speed, where does that leave Markus Wheaton who is more of a possession reciever and has not proven to be a deep threat?

The saying is:  when you have three above-average recievers, you will lose at least one of them.  Brown, Bryant and Wheaton all have had different levels of success in the NFL and all three are projected to get better. Coates, from the beginning, has been scouted as a deep threat and nothing else until he proves otherwise.

Last season, as the starter, Wheaton only scored two touchdowns as Bryant, who missed the first six games of the season, scored eight touchdowns including one in the playoffs.  As the season continued, Bryant’s game began to expand while Wheaton continued to struggle gaining separation and catching deep passes. If Coates can show that he can consistently catch passes underneath in the preseason, it will greatly improve his chances for playing time.  The potential is there for the Steelers to play three recievers at one time who can score off short, medium and long passes as well. That would leave Wheaton as the odd man out unless he shows noticeable improvement.

The receiver position is deep enough in 2015 that, with the exception of Brown, all the other receivers’ playing time could change from week to week.  Training camp will be intense as Coates, Wheaton and Bryant will all be gunning for the number two spot. The man in the fourth spot will need to be a good special teams player in order to stay out of the dog house with coaches.

It’s great that the Steelers have this problem at receiver. Hopefully they can each make an impact, especially during crucial moments in games. With a potential emerging star in Bryant, a solid reciever in Wheaton and deep threat in Coates – not to mention a league leading receiver in Brown – defensive coordinators will not sleep much when game-planning for the Steelers.