NFL Suspends Patriots QB Brady; Won’t Be Around for Opening Night Vs Steelers 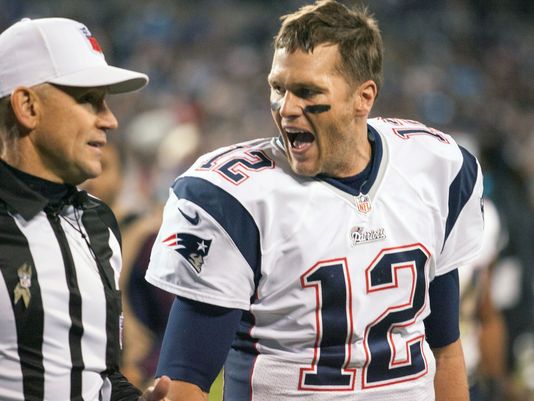 The NFL has laid down the law, and it will help the Steelers a great deal in their 2015 season opener.

The league announced Monday that New England Patriots quarterback Tom Brady has been suspended for four games for his role in deflating footballs for the AFC Championship Game.

The suspension will include the season opener, a September 10th affair in Foxboro.

The punishment was announced five days after the release of a lengthy report, which found that Patriots personnel deliberately deflated footballs before the AFC Championship Game in January and that Brady “was at least generally aware” of the violations.

The 243-page report by league-appointed attorney Ted Wells said it was “more probable than not” that Brady was aware of plans to prepare the footballs to his liking, below the NFL-mandated minimum of 12.5 pounds per square inch.

Brady repeatedly stated that he did not know about the efforts to deflate the game balls, but Wells’ report found those claims “not plausible and contradicted by other evidence.”

Brady’s agent said last week that the report contains “significant and tragic flaws” and suggested that the NFL cooperated in a “sting operation” with the Indianapolis Colts, who had alerted the league of their suspicions of the Patriots’ use of under-inflated footballs.

Now that it’s official, the Steelers can start to look ahead to facing backup QB Jimmy Garoppolo, a player who has played in just six games in his career, and has thrown just 27 passes for 182 yards and one touchdown.

In other words – advantage Steelers.

Tickets to the opener start at $255 with the average price on the secondary market just north of $500 at $504. Hipmunk.com is a very reliable source for information on flights to Boston for any Steelers fans looking to make the trek east for the beginning of the football year.  In addition, you can find information and date on the best deals for hotels near Gillette Stadium, so you can be as close to the stadium as possible.