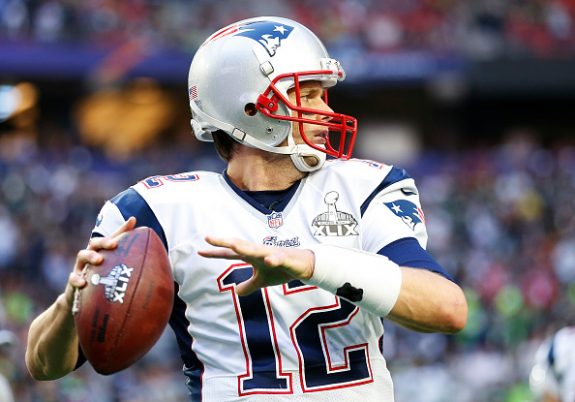 The cheater has come home to roost.

It’s probably best for the next 7 to 10 days if Tom Brady stayed off Facebook, Twitter, Periscope, My Space, and any other social media hot spot that the Patriots QB might like to hang out and chat at.

Now that it’s finally over and the evidence is in, Brady and the Patriots now have to face the facts – they are cheaters, pure and simple.

There’s been so much damaging evidence against Brady since the Wells Report was released, and the QB not turning over text messages that could have cleared his name basically tells you all you need to know about his character and his ego to think that he was going to escape this self-inflicted mess.

Another excellent article about Brady and the case was published today by longtime NFL writer and all around excellent spots writer Rich Gosselin of the Dallas Morning News.

His biggest gripe in the story – how long has Brady been cheating?

The story points out a rather amazing fact, about how in 2006 Brady and fellow QB Peyton Manning both lobbied and got the NFL to change rules that would allow home teams to now submit their own footballs for games – footballs that could have and likely were tampered with to the specific liking of Brady and even Manning.

Here’s the most interesting part of the article, pointing out numbers that simply can’t be denied by Brady or anyone else for that matter.

In the eight seasons since leading that successful lobbying effort in 2006, throwing footballs every week that were to his own personal specifications, Brady has completed 64.6 percent of his passes with 245 touchdowns and 65 interceptions. His passer efficiency rating rose dramatically to 101.5 for those eight seasons.

Brady won his first NFL MVP award in 2007 when he threw for 4,806 yards and 50 touchdowns and only eight interceptions. He also captured his first NFL passing title with a 117.2 efficiency rating. He won his second MVP award and second passing crown in 2010 when he threw for 3,900 yards with 36 touchdowns and only four interceptions. His efficiency rating was 111.0 that season. Brady then threw for a career best 5,235 yards in 2011.

How much have underinflated footballs enhanced his career? And how much has this suspension tarnished his legacy?

In other words – WOW.

Sure the Brady honks will say that the QB simply got better with time, and who is to say that’s not true. There’s a QB in Pittsburgh that is throwing the ball better than ever, and it took him a few years to go from a guy that was more known as a ‘game manager’ to a legit gunslinger that could take over games.

The issue as Gosselin brings up is the dramatic rise of positive numbers since the ball rule went into effect in 2006, and just how those deflated balls could easily be the reason behind it.

Here’s to hoping that Brady loses his appeal and has to sit for the original four games. It’s a joke that it wasn’t longer based now on everything we know, but at the same time, it’s about time that the league took a stand against a cheater who won’t play by the rules.

No matter what his name or legacy is.

Checkdown Audible: Punishment for ‘DeflateGate’ Appears As Mainly Hot Air
Regular Season Preview: The Standard Must Not Be Dropped By Steelers Against Patriots