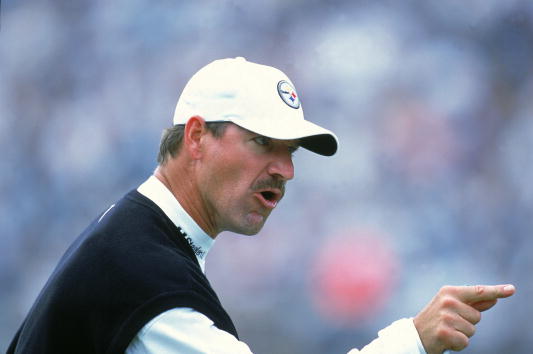 When Bill Cowher was hired as the Steelers head coach in 1992, he didn’t exactly come in without a lot of expectations. All he was being called upon to do was to come in and replace a Hall of Fame coach who had won four NFL titles for the city during the 1970’s.

15 years later, Cowher put the Steelers in plenty of chances to add to the trophy case in the Steel City, and while it took till 2005, he was finally able to add another Lombardi, as the team won Super Bowl XL in February of 2006 beating the Seattle Seahawks 21-10 in Detroit.

Cowher though infused the Steelers organization with a new type of fire that was not seen under Noll. Not that Noll didn’t care, he just didn’t have that fiery type of emotion that Cowher seemed to show week in and week out, even when the team wasn’t all that good.

There were plenty of great wins in those 15 seasons under Bill Cowher, and today we try to take 20 of them and present them as best we can – so feel free to fire back, but here’s our “Top 20 Steelers Wins in the Bill Cowher Era.”