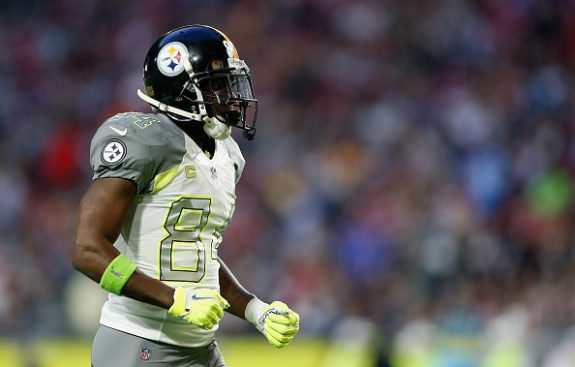 Many feel that Steelers superstar wide out Antonio Brown is the best pass catcher in the game. It will now be up to voters to see if he’s flat out the best player in all of the NFL.

ESPN has their annual votes up for their ‘ESPY’ awards, an event that has become the Emmy awards of sports, and Brown is up for the title of ‘Best NFL Player.’

The competition, as one would imagine, is stiff, as Brown is up against the following players:

Mendenhall: Roethlisberger Left Me With a $25,000 Tab at a Club
Roethlisberger Ranks Fifth in All Current QB’s According to SI.Com