Wheels come off as Steelers slide to 4-4 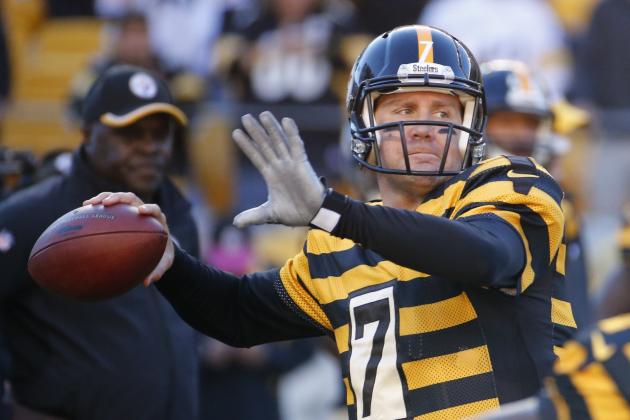 There may not have been concern from the Steelers staff about throwing Ben Roethlisberger into this game against the Bengals, but his return was not a memorable one. He’s likely wishing he could take it back. After throwing three interceptions on the day after the defense came up big several times, Big Ben just could not stay composed enough to get the Steelers a win. The loss may hurt more with the loss of Le’Veon Bell and the questionable status of his right knee.

Bell was having a decent game until, along the sideline, his right knee got drug awkwardly beneath him as the tackler came in. Wincing, Bell was forced to leave the game and was taken for evaluation outside of the stadium. In his place, DeAngelo Williams just never got on the horse for big rushing yardage.

After a nice touchdown pass to Antonio Brown early in the game, the Steelers saw little production from the veteran receiver. Strange, because it was Brown who insisted his best plays were made with Roethlisberger at quarterback. Brown had yet another weird catch he allowed to just float out of his chest and onto the turf.

Overall, the Steelers offense just did not have the rhythm it needed. Roethlisberger looked rusty, often overthrowing his receivers. He also looked harried, even when the Bengals weren’t applying a ton of pressure. In this case, the game got into Roethlisberger’s head and it negated the strong defensive performance.

On defense, the Steelers played solidly against the run and handled Tyler Eifert until the second half of the game, limited A.J. Green and kept the Bengals rushers from chewing up yards. Holding the Bengals to just 4-of-15 third-down conversions (26 percent), the defense was able to get decent pressure on Bengals quarterback Andy Dalton as well.  Dalton suffered three sacks.

Antwon Blake had a spectacular interception in the end zone, jumping in front of Eifert to read Dalton’s eyes and grab the ball then scamper down the sideline for a 42-yard return. The offense was unable to translate it into points on the scoreboard.

When Mike Mitchell came up with a Dalton pass that was tipped off of Green’s hands due to Ross Cockrell’s jarring hit, the offense was once again handed the ball. On the very first play, Roethlisberger threw his second interception on the sideline while trying to force the ball to Will Johnson.

The third Roethlisberger interception was just too much for the Steelers to come back from. Give a ton of credit to this Steelers defense for blocking a field goal (Cam Heyward), keeping the team in the game and showing a lot of heart.

Penalties in this game were ridiculous. Mainly, they were after the play was whistled dead. Mike Tomlin and the coaching staff need to remind guys to be fired up without causing the team additional handicaps with negative yards due to a lack of discipline.