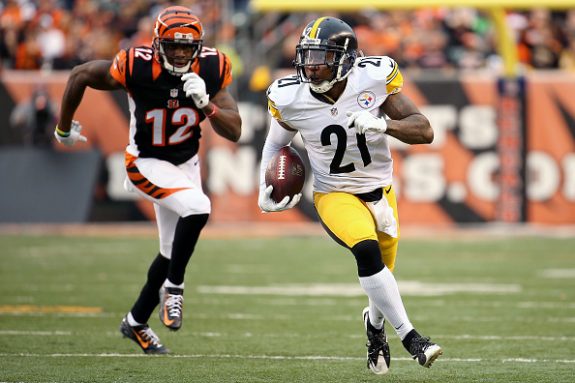 It’s just hours away from the showdown in Cincinnati, as the Steelers and Bengals will do battle for the third time, with this time advancement to the AFC Divisional round on the line.

There’s been a lot said about the game, but here’s some last second thoughts on the game, as well as our final prediction for the game tonight at Paul Brown Stadium.

1. The O-Line Needs to Play Great – Look for the Bengals to try to pressure Ben Roethlisberger early and often, and that’s going to put pressure on the offensive line to make sure they protect and not allow their QB to get hit. They also need to find a way to make some holes to allow backup backs Fitzgerald Toussaint and Jordan Todman to get some yards when they need them. If the line doesn’t play well, the Bengals D will have their way with this game.

2. Tackle – I don’t know if I ever recall a Steelers team as bad as tackling as this one. The linebackers miss easy tackles, while the defensive backfield all seem to be more worried about the big hit than just wrapping up. If this team is going to move on to Denver, they need to make sure to wrap up and tackle, not worry about making the highlight reels. While it’s not likely that it’s going to happen, let’s hope this team had a turn around this week in practice and learned the proper way to make tackles, especially in the open field.

3. Early Lead – If the Steelers can get a quick lead, even at 3-0, the Bengals and their fans will start to grip, thinking about all those playoff games of the past in which they were not able to get the job done. Plus an early lead will force the Bengals to change their game plan, and will force A.J. McCarron into bad situations that could play into the Steelers hand.

Prediction – The Steelers are some ways playing on house money, as they really should have been knocked out of the playoffs last week with the Jets beating the Bills, but got a great effort by Buffalo to get into the Playoffs. Tonight they can’t play scared, but on the other hand have to respect the Bengals and can’t just think they can throw their helmets on the field and move on to Denver. Ben has to play better than the last two weeks, and the D needs to get to McCarron and the DB’s need to make plays if given the chance. I don’t see it. Being honest, the Bengals are the more well rounded team, and will break their playoff jinx tonight thanks to a bad effort from a team that should have been better in 2015. Bengals 27 Steelers 24