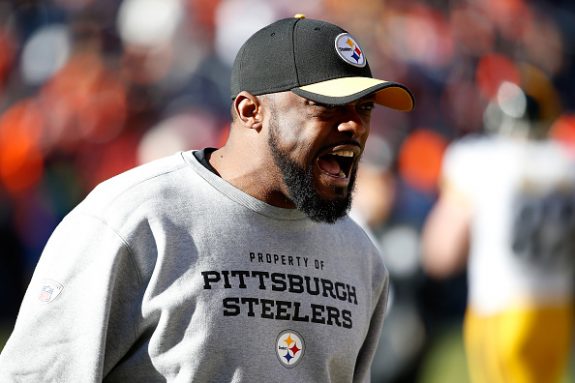 Steelers running back DeAngelo Williams made headlines on Monday as he made some rather harsh comments about Peyton Manning and his final year in the NFL and how the future Hall of Fame QB played.

Today, it was DA’s turn to take a twitter beat down.

The tweet came from his head coach, Mike Tomlin, who tweeted the following to Williams telling him to basically ‘shut it’ about comments towards Manning.

DWill (@DeAngeloRB) quit while you are behind! #Really

Tomlin’s tweet pretty much sends a message – don’t mess with other teams, take care of your own house. While Williams has always been very outspoken on Twitter, he should make sure to watch out and throwing punches at other teams and other players.