Would William Jackson III be a good fit for the Pittsburgh Steelers? 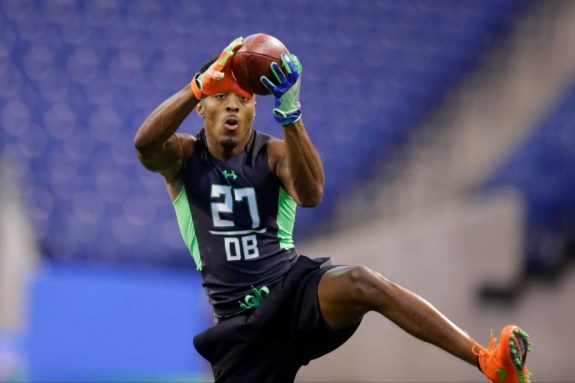 William Jackson III, a cornerback from the University of Houston, had an absolute tremendous performance at the 2016 NFL Scouting Combine a few weeks ago. Veteran draft analyst Mike Mayock raved about Jackson’s performance and how he could be a late first-round draft pick.

Mayock also added how productive Jackson was in college.

“He had seven passes broken up versus Temple and also had five interceptions on the year. So, you want to talk about ball production and being around and making plays, this kid did it.”

I highlighted his 40 yard dash time because many of the NFL analysts really raved about this statistic. His quick 40 time was a factor that moved him higher on the draft board.

When you watch tape on Jackson you see a quick, decisive, player who is one of the more physical CB’s in this year’s draft class. His stats show that he has a high football IQ and the knack for the ball. In his 2015 season, he had an impressive 23 passes defended along with 5 interceptions.

Jackson was listed as a potential third-round draft pick prior to his stellar combine performance. After the combine, and many compliments from NFL analysts, his draft stock rose to a potential first-round pick. A tall, physical, decisive, cornerback could be the perfect fit for a team that struggles in the secondary, the Pittsburgh Steelers.

The Steelers organization could get him with the 25th pick of the 2016 NFL draft. The tape doesn’t lie and his statistics are excellent. I would enjoy having an athletic and instinctive cornerback on Pittsburgh’s roster.