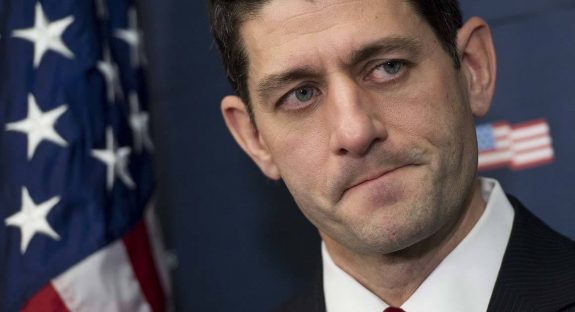 The Republican National Convention this week in Cleveland is set to kickoff, and today GOP House Speaker Paul Ryan, kicked it off in the oddest of ways.

Ryan, who in reality is a huge Green Bay Packers fan, got on stage at the home of the Browns and committed what many in Cleveland would be considered a mortal sin.

In other words – whoops!

It’s probably not going to endure Browns fans to Ryan, but for Steeler Nation, it’s just another sign of the universal support the Steelers have nationwide that Ryan thought for some reason that would make him liked by the Cleveland crowd.

For the record, Ryan picks the Packers and Steelers to play in Super Bowl 51 – a rematch of Super Bowl 45 six seasons ago in Dallas.