Shazier Feeling Better; Heyward and Thomas Already Ruled Out For Sunday in Miami 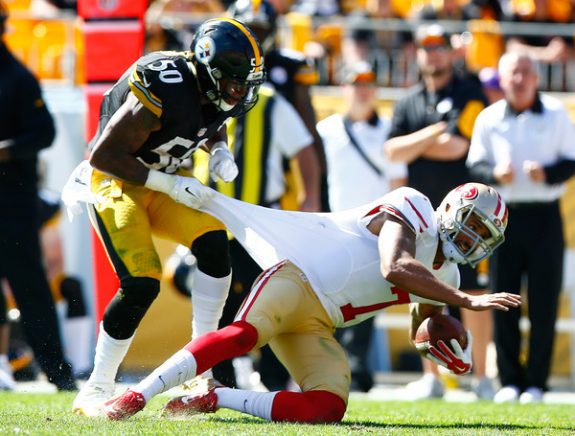 A couple of Steelers defensive players are already out for Sunday’s affair down in Florida with the Miami Dolphins, as today coach Mike Tomlin stated both defensive end Cameron Heyward (hamstring) and safety Shamarko Thomas (groin) will not play in the contest.

Tomlin also said that center/guard Cody Wallace (knee) likely won’t be doing much this week in terms of participation, and it doesn’t sound like he will be making his return for the first time this season.

One player who sounds like is feeling better is that of linebacker Ryan Shazier, who is still working his way back from a knee injury.

Replacement Vince Williams has been outstanding the last two weeks, maybe more motivation for Shazier to get back on the field quicker?

“It’s definitely feeling a lot better than two to three weeks ago,” Shazier said in the Tribune-Review. “I’m doing everything I can to make sure I have everything covered.”

There’s no doubt that having Shazier back is a good thing, and one can only imagine how good this defense can be with some depth to it for the first time this season.

Coach Tomlin stated that if any of them played would come down to practice this week and if they could work through their injuries to take the field.

The Steelers are currently 7.5 point favorites to beat Miami.