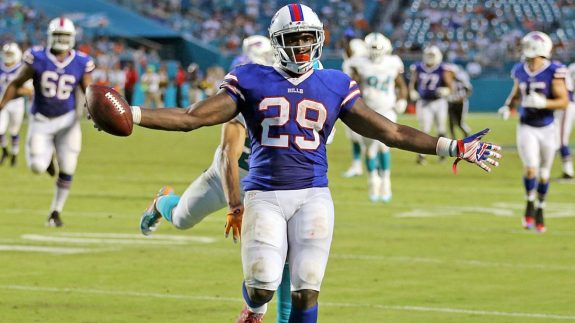 The Steelers added running back Karlos Williams back in October hoping he would add some depth to the run game. Now it looks like he’s never going to be able to show anyone what he can do.

Today NFL Network reported that the second-year pro has been suspended 10 games for violating the league’s substance abuse policy.

Being in trouble is nothing new to Williams, who was waived in the preseason by the Buffalo Bills, and had to serve a four-game ban earlier this season for violating the NFL’s drug policy.

Reports say the running back showed up to Bills training camp about 20 pounds overweight and was put on the team’s active/non-football illness list.

Williams hasn’t appeared in a game for the Steelers this season, and with this latest suspension, it appears likely his NFL career may be already in serious doubt.