How Do the Steelers Look at Landry Jones as Their Long Term Backup QB? 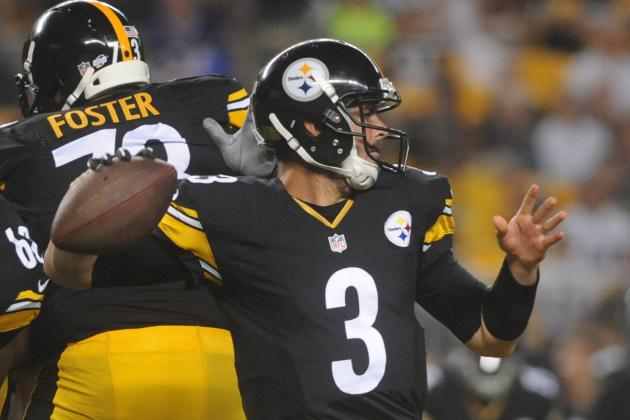 The Steelers have an interesting decision to make with backup quarterback Landry Jones, who at times has come in and won games for the team (Arizona and Oakland in 2015), and then at times it seems has looked like a deer in headlights that fans can’t wait to jump on as nothing more than a bum backup QB.

Jones is a free agent next month, and according to Gerry Dulac of the Pittsburgh Post-Gazette, the powers that be with the Steelers think that the backup QB is “to be better than 80 percent of the other backups in the league,” and will bring him back to again serve under Ben Roethlisberger (provided he returns).

It’s an interesting decision if the Steelers don’t at least look around the market for another QB, as with the injury history for Ben, one would think the team might want to be careful with how they treat the backup quarterback spot.

One issue with looking for a higher profile backup QB is money. We know this team is going to have to shell out a lot of money for players like Antonio Brown and Le’Veon Bell, so spending even 2-3 million on backup just might not be in the cards for this team.

So the next time you’re ready to boo Jones out of Heinz Field or another NFL stadium, remember that right now, he might just be the best backup option the Steelers have.

At least that’s how the Steelers upper brass feels.