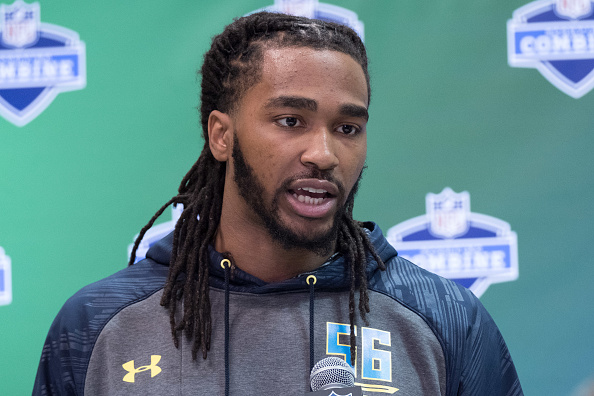 The Steelers need to get better when it comes to rushing the passer in 2017 if they are going to take the next step in the AFC, and Tuesday they spoke with a player that just may help in that department should they choose to take him in the 2017 NFL Draft.

That player is Alabama outside linebacker Tim Williams, who if he was to come to the black and gold would do it with baggage, as he has already failed multiple drug tests while in college and had a gun charge last year.

“I’m a young player. I made decisions that I grew from,” Williams said at the NFL combine. “It’s all about being a man, owning up to your situations, owning up to your mistakes. I’m not here laughing around joking. I know I’ve got something to prove. I’m obviously behind the 8-ball so I’m here to prove not only to myself but to every organization that if they take me, they’re going to get the best player here.”

Last week the Steelers brought in Michigan cornerback Jourdan Lewis, a projected second-round selection who is facing misdemeanor assault charges in his home state after an altercation with his girlfriend.

On the field, Williams’ talent is undeniable. He had nine sacks and 16 tackles for loss last season while earning second-team All-America honors. He is one of the most talented pure pass rushers in the draft.

Williams (6-3, 244) is not known for his ability to defend the run. In fact, Alabama used him mostly in pass rushing situations only throughout his career.

Williams is projected by a few draft analysts to go in the first round, but others believe he’ll get drafted in the second round because of his drug issues and the doubts about his run defense.

The prospect of adding a big time pass rusher has to be very appealing to the Steelers, but again they had better be careful if they go after a player like Williams with such a tough history.

The team has already spoken to a number of outside linebackers, so it wouldn’t be a surprise to see the Steelers take one early in the draft in the next couple of weeks.