WR Martavis Bryant Closer to Getting Back on the Playing Field for the Steelers? 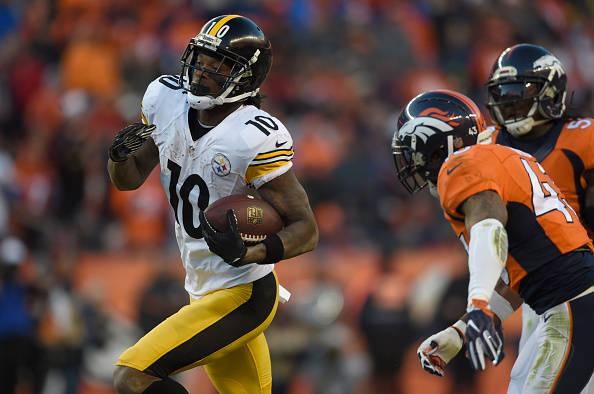 Earlier this week, Steelers wide receiver Martavis Bryant posted on Snapchat that he was in New York City and had a “big day” upcoming.

A source told Alex Marvez of the Sporting News Bryant met Thursday with the NFL’s Management Council as part of his efforts for reinstatement from a year-long drug suspension. Among the conditions for being cleared to play again, Bryant was told to assemble a plan detailing safeguards that would help him prevent a relapse upon returning to Pittsburgh, the source said.

Bryant also will have to meet with Commissioner Roger Goodell or one of his representatives once the league’s medical director and medical advisor submit their recommendation about reinstatement per the NFL’s substance-abuse policy.

Bryant was suspended last March after failing multiple drug tests, derailing the career of one of the league’s top young wideouts. Bryant, 25, averaged 17.3 yards on 76 catches during his first two seasons and scored 14 touchdowns.

Bryant has shared videos of his training and a photo of his infant son wearing a Steelers beanie on Instagram in recent weeks, all of which can be considered positive signs of a turnaround. Bryant also posted a photo Friday of Steelers chairman Dan Rooney, who died Thursday at age 84 , with the message, “RIP Mr. Rooney may God be with his family.”