Eight Steelers Selected to the Pro Bowl; Most of Any NFL Team 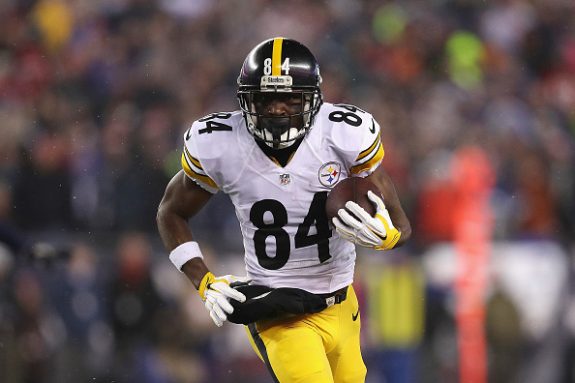 If the Steelers get hosed out of playing in the Super Bowl like they were hosed on Sunday against the Patriots, fans will have plenty of black and gold to watch in the Pro Bowl the week before the Super Bowl.

Tonight eight Steelers were announced for the annual meaningless game where most players decide in the end not even to show up for. The eight Steelers are the most for any one team in terms of numbers of players.

So who all made it for the Steelers?

Oddly enough it was one Steelers player who DIDN’T make the Pro Bowl that is getting a lot of attention, that being Cam Heyward, the Steelers defensive end who Sunday became the first Steeler to get 10 sacks since 2010.

No matter, the fact that the Steelers have so many players selected to the game shows the not only the firepower of this club but also the talent the team possess.

Still Sick and Distraught; Five Things to Takeaway From the Steelers Crushing Loss to the Patriots
Tomlin Says No Doubt Catch Rule Needs to Be Closely Looked at This Offseason