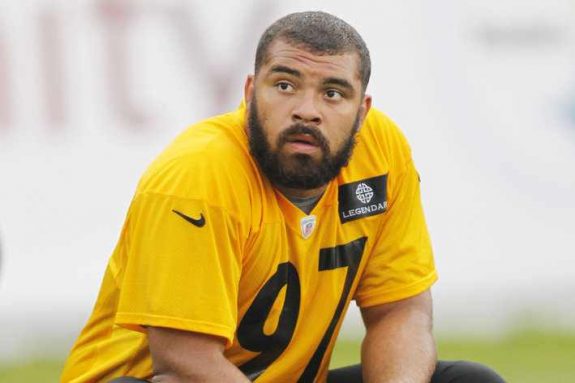 The Steelers aren’t playing in the Super Bowl, and many fans believe it’s due to the team being undisciplined.

The Pittsburgh Post-Gazette reported that Le’Veon Bell missed all but five minutes of the Saturday walk-through before the Jacksonville game and that others, including a coach, did not report to Heinz Field by 11 a.m. Sunday, the prescribed time by head coach Mike Tomlin.

Those were just the final storylines in a season filled with drama. Defensive end Cam Heyward is a team captain along with quarterback Ben Roethlisberger, and he doesn’t share the same concern that many outsiders have, namely that Tomlin lacks discipline, the Post-Gazette reports.

“It’s a load of crap to me,” Heyward said. “We’re grown men. We’re not in Little League. We lost the game, and we overcame a lot. A lot of teams would have fallen by the wayside. ‘Coach T’ kept everyone focused and moving on to the next problem. Obviously, we had too many problems to deal with, but that’s not on him.

“Stuff happened this year. You never could have expected some of the stuff that happened. Some of the stuff is football-related. A.B. knocked over a Gatorade bottle. I would have knocked it over, too. You guys just didn’t catch it at the right time. If you’ve been on the sidelines, there are plenty of people who spaz out after drives. That’s just life. That’s football. If you care that much, you care about it.