Four Things To Improve The Steelers For 2018 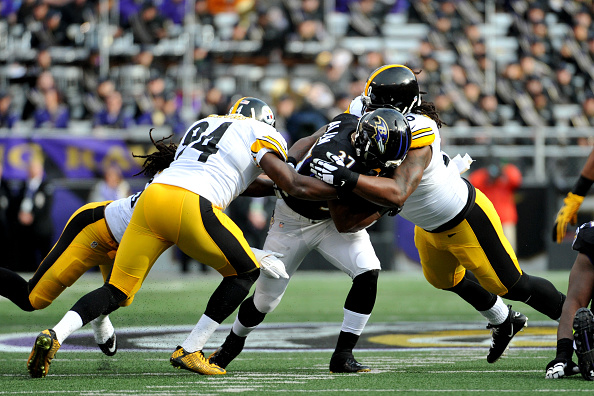 The Pittsburgh Steelers had a pretty amazing regular season in 2017. A record of 13-3 is not something to be sniffed at, but that was ultimately wasted by a complacent and lackadaisical performance in the postseason. The loss to the Jacksonville Jaguars was a huge surprise to many, but the team should have taken the warning from the loss to the same team on October 8th.

So what does the team need to do to go that next step in 2018 and make it to the Super Bowl? Here are four suggestions:

Linebacker
The Steelers need to shore up the linebacker position and find a long-term partner for Vince Williams. The team will likely look to bring people in but they also have the option of Sean Spence. Spence had major injury problems during his first spell with the Steelers but he could still do a job if he can remain healthy and have a productive training camp ahead of the new season. He returned for a second spell in December 2017 on a one-year, $775,000 contract.

Improve at tight end
The team has many players that can play well, but none that have the complete game. Too many times we have seen Vince McDonald’s hands cost the Steelers points but he is a good blocker for sure.

Jesse James is the opposite, in that he has good hands but is a questionable blocker and Xavier Grimble is coming up as a free agent, so the solution could be to use the draft to fill this role.

The offensive options for the team are impressive overall. The Steelers are the envy of many in the NFL in that department and bookies and betting companies are likely to give the team decent shot for a title at the Super Bowl in the 2018-19 season. For the likes of Mad Bookie, an Australian bookie with a personal touch, backing the Steelers could be seen as a good way for new customers to use their $200 new account bonus.

Despite the disappointing finish to the previous season, the Steelers front office has to be confident that the team is well equipped to have another strong season in 2018.

Free Safety
The questions about Mike Mitchel are not going to go away. He is a fine player but many could argue that he is not earning his salary. He showed signs that he was slowing down this season, getting caught out on a number of occasions – but in fairness, he did have to deal with injuries to his hamstring and ankle that could have been contributing factors. Adding some depth at safety would be a sensible option.

If Leveon Bell and the Steelers can’t agree a new deal – and that is in the balance, considering Bell’s demands – then the running back will become a major offensive priority. There is no doubt that Bell is a great RB but for some reason, he has been holding out for a reported $17 million a season and rejected a five-year $12 million-per-year offer back in July that would have seen him earn $30 million in the first two seasons. He even threatened to sit out the year or retire if he was given the franchise tag by the Steelers again so preparing for his departure could be prudent.