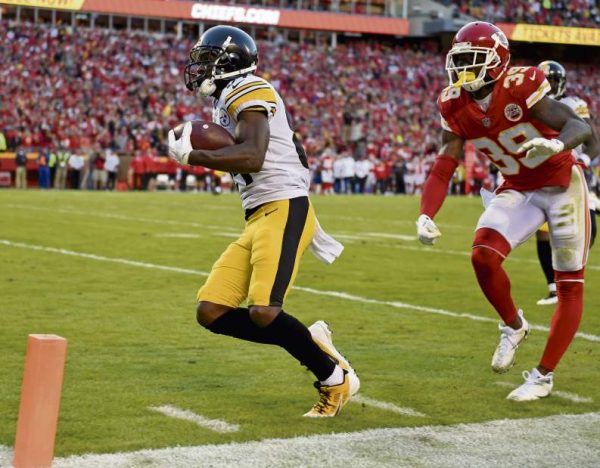 He might be the best wide out in the NFL, but right now Steelers wide receiver Antonio Brown is playing the ‘feel sorry for me’ card as he failed to show up on Monday as the Steelers had team meetings at the teams facility.

There was some question if it was an ‘excused’ absence, but from all indications it was not, and folks inside the team were wondering what happened to Brown.

Sunday during the teams’ loss to the Chiefs, Brown looked upset on the sideline and seemed to be having words with Steelers offensive coordinator Randy Fichtner. He didn’t speak to reporters after the game.

It’s amazing to think that a guy who has caught 9 balls in each of the first two games is upset about not getting the ball enough, but that sounds like what it is, and it’s going to be yet another distraction for a team that is already questioning if they are at a crossroads just two games into the 2018 season.

The real answer is if Brown shows up Wednesday, the first day as the Steelers prepare for their Monday night game in Tampa against the Bucs.