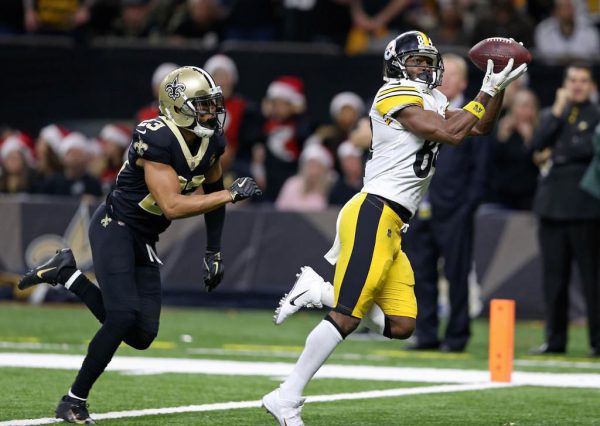 Steelers wide out Antonio Brown was the talk of the combine on Wednesday, as GM Kevin Colbert came out stating that as of now – NO team is off the table when it comes to the Steelers moving the receiver.

“Ideally, you want to trade him to somebody you’ll never play which you can’t do that because if you’re good enough to get to a Super Bowl, you’ll have to play him anyway,” Colbert said. “The less you would play him, the better, but if a team comes through with the best compensation, we have to balance that out.

“OK, we’re going to play him twice a year, but we’re going to get the best compensation, so it’s our job to do the better job with the compensation. And you have to weigh that all into the discussion, so we haven’t eliminated anybody.”

It’s still very hard to think that the Steelers would move Brown to any AFC North team, or any team like the Chiefs or Patriots, who are top AFC contenders.

“The last time I spoke, I think I said three teams,” Colbert said. “What I would say is that interest has grown. And it’ll continue to go one way or the other because as we’re here at the Combine we’re learning about alternatives to your current team.”

Surely there will be plenty of chatter at the combine for Colbert and other teams about what it will take to pry Brown away from the Steelers, but as Colbert has said all along, the team isn’t giving Brown away, and will in the end get what they want for him.

Antonio Brown Trying to Get Cut? One Host Says It’s One Way of Explaining His Behavior
Antonio Brown Could be a Former Steeler as Early as Friday; Oakland Bound?