Tomlin Announces Rudolph to Start at QB Sunday Against Browns 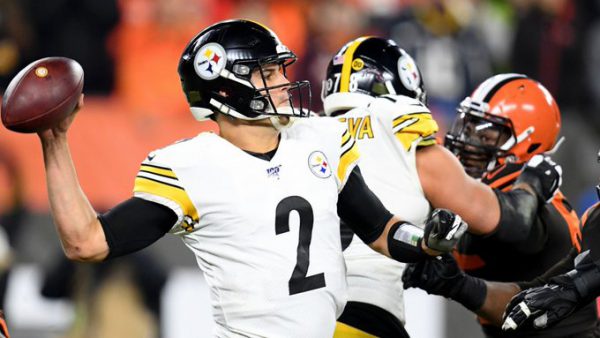 Mike Tomlin made the news official Tuesday about the Steelers plans for Sunday against the Browns, stating that Mason Rudolph will start at quarterback for Ben Roethlisberger.

At least Sunday’s game will have a compelling storyline.

Everyone is well aware of the history between Rudolph and the Browns, more so with Browns defensive end Myles Garrett.

It was during a prime-time game last November 14th that Garrett and Rudolph got into it late in the affair with Cleveland leading it 21-7.

Garrett wound up pulling Rudolph’s helmet off and hitting the quarterback in the head with it, drawing a season-long suspension.

The Browns DE said that the QB used a racial slur, which Rudolph as well as everyone in the Steelers organization, denied.

The 12-3 Steelers are likely heading for the #3 seed in the AFC, but no matter if they are the #2 or #3 the team feels the importance of trying to get their franchise quarterback a rest before the playoffs.

Next Day Thoughts: A Spirited Comeback, Pouncey’s Speech, What to do Against Cleveland
Steelers Fall Short in Season Finale 24-22 to Cleveland, Sets Up Wild Card Game Against Browns Next Week