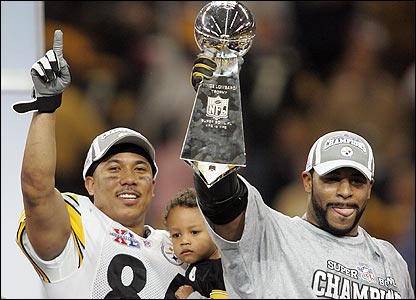 Jerome Bettis is talking, and in doing so is taking some shots as his former coach. The former Steelers running back and future Hall of Famer is set to release a book about his career – “The Bus: My Life in and Out of a Helmet,” and in the book there are some tidbits about his playing days under now former head coach Bill Cowher. Bettis was open about his disagreements with Cowher, and it seems like his biggest miff came back in 2003 when he was replaced by then smaller, faster back Amos Zereoue.

The book states: “I showed up at camp thinking it was going to be an open competition, but in reality, the choice had already been made. … When Coach made the decision, he said it was based on a gut feeling. A gut feeling? I had something to prove. But it’s hard to prove something if you’re not given a fair shake.” To not much of a surprise, Cowher had no comments about the writings of the Bus. There was more though to Bettis’ thoughts, and they have to do with former quarterback Kordell Stewart. Bettis says that “Slash” was not used the proper way. “Part of the blame has to go to Coach Cowher. I’m not sure he ever knew what to do with Kordell.”

Another issue that Bettis had with the way the Steelers did business was the team that lost in the second-round of the playoffs in 2002. That was a team in transition, with Tommy “Gunn” Maddox throwing the ball all over the field instead of going back to what Pittsburgh does best – run the football. “I’ll go to my grave believing that our reliance on a passing attack rather than a consistent running game is what hurt us the most that season. When you can’t run the ball … you can’t control the clock and the tempo of the game. You become one dimensional, predictable.”

Of course it’s easy now for Bettis, sporting a Super Bowl ring from just two years ago, to come out and make rash comments about the team and Bettis. What Jerome might want to remember is that Cowher will have his turn on TV this year, and if he feels the time is right, “The Jaw” may just have some words of his own about some of the topics that Bettis treads in his new book.