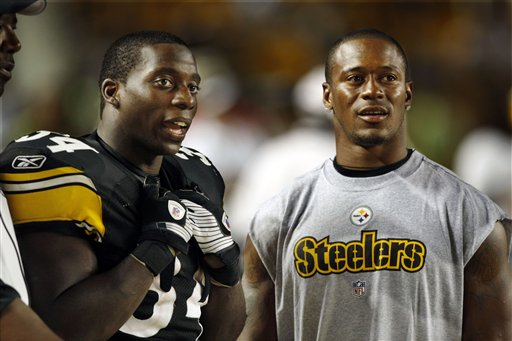 One thing that you would not expect to hear in Steeler Nation: the prospects of a running back controversy. After all, the typical Steelers RB depth chart these days is usually Willie Parker, Rashard Mendenhall and one with possibly another RB bringing up the rear.

But the rumor was floating out there that perhaps Parker would have a harder time maintaining his incumbent spot as the starting RB, due to sitting out of three of the four preseason games the team has played. Yet according to Steelers head coach Mike Tomlin on Friday:

“Willie Parker’s our runner. Rashard’s done a nice job and he’s going to get an opportunity to get his touches, but more important than anything else, Willie Parker is our runner.”

During the news conference that took place on Friday, Tomlin squashed any speculation that Parker and Mendenhall would split carries during the season. That aside, Parker’s future success rides on the success and health of his offensive line. Right guard Darnell Stapleton (knee) is MIA and is currently replaced by Trai Essex.

So rest assured Steelers fans, unless soemthing of monumental proportions happens to the team’s offensive line or to Parker, you can expect a RB depth chart along the lines of: Parker, Mendenhall, Mewelde Moore and maybe Frank Summers.

Steelers Get Roster to 53, But Won’t Say Who Has Been Released
Rookie QB Mike Reilly to be One of Those Cut Today