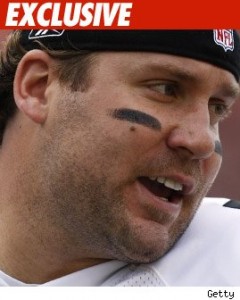 Our friends at TMZ have just sent us the following in the Big Ben Case:

The Ben Roethlisberger sexual assault investigation is complete … except for one Big thing.

So assuming Ben exercises his right to remain silent, the Chief is still kosher with the case — kinda sorta. We asked Chief Blue if he’s satisfied, and he said, “Yeah, I guess.”

As for when a decision will be made on whether to prosecute the Pittsburgh Steelers QB, we’re told the Georgia Bureau of Investigation will make that call … “soon.”