From 6 to 4; Roethlisberger’s suspension reduced 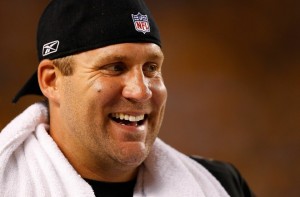 The meeting between Ben Roethlisberger and Roger Goodell is done, and as expected, Ben is going to sit out four games instead of six.

As everyone expected all along, Steelers QB Ben Roethlisberger’s suspension reduced from six to four games.

What this means is that he will be back to play the Browns on October 17th at home. He will miss the Falcons, at Titans, at Bucs and Ravens games.

When Roethlisberger was suspended in April for violating the league’s personal conduct policy, Goodell said he would review the player’s behavior over the next few months. Goodell was satisfied that Roethlisberger has followed the league’s guidelines and stayed out of trouble.

Roethlisberger was accused of sexually assaulting a Georgia college student following a night of drinking in a Milledgeville, Ga., bar on March 5th. He was not charged by Georgia authorities.