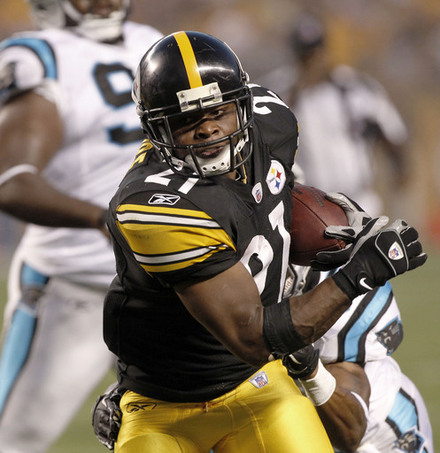 Every time the Steelers and Pats get together, it seems like the eyes of the NFL are tuned in on the game. The 2001 AFC Title game, the 2004 breaking of the streak and then later on AFC Title game, the 2007 disaster in New England as the Pats were on their way to an unbeaten (almost season). Those have been just a few of the memorable games the Steelers and Pats have played, and Sunday night they will do it again, this time both teams sitting at 6-2 with a national TV audience tuned in.

1. Forget the past – The Steelers have had little to no success against Tom Brady. The numbers against him are not good at all, and except that Halloween game in 2004, they have never been able to top Brady. That doesn’t matter now. If the Steelers sit and relive the past all night, they for sure are not going to be focused on the fact this Pats team isn’t as good as their record, and they are not as talented as the Steelers. With that said, how about knocking Brady around a bit to send a message?

2. Forget playing the run – If you think for one minute the Pats are even thinking about running – think again. Brady and the Pats are sure to throw the ball at least 45 times, and there’s no way this game is going to come down to some guy named Woodhead or Green-Ellis. Brady’s averaged 385.5 yards in his past two starts in the series, the last of which came in 2007. If the Steelers want to win, they have to make sure to take advantage of anytime they can get their hands on the ball, and also (as stated above), need to get some pressure on Brady.

3. Keep the chains moving – Running the football will be key, as it will set a tempo for the Steelers that the Pats cannot match. Then there’s the fact the Pats have the worst defense when it comes to getting off the field, allowing conversions 48.1 percent of the time – all season. Rashard Mendenhall should have over 100 yards in this game, and if he doesn’t, the Steelers will be in trouble. They also should use Mewelde Moore and maybe even Issac Redman some as well.

Prediction – Brady and the Patriots have dropped consecutive games just twice in the past eight seasons, but those were with teams that were way better than the 2010 version of the Pats. They came out of nowhere to have the AFC’s best record even after trading Randy Moss, but last week in Cleveland, the Browns showed that this years Pats can be very average on any given Sunday. With that, the Steelers have to be aggressive, play with fire and emotion for 60 minutes, and not be lulled to sleep with Brady picking his way down the field with plays to Wes Welker and others. The Steelers are the better team, and while it won’t be easy, I see them finding a way at home with a national TV crowd watching to get to 7-2. Steelers 24 New England 21