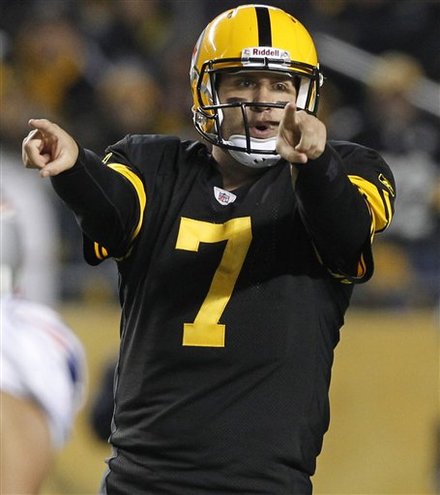 It’s a critical week for the Steelers, as they are in a dangerous spot of falling to 6-4 or getting to 7-3 if they can get past the Raiders, a team that suddenly looks like they know what they are doing. Here’s our keys and final prediction, one that fans may not be too happy about when they read it.

1. Pressure Jason Campbell – The Raiders have had success the past few weeks throwing the ball, and that’s due to the fact that their O-line has done a nice job keeping him upright. The Steelers pass D the past few weeks has been terrible, allowing 272.6 passing yards per game since Oct. 17, sixth most in the league. It sure would be nice to see James Harrisona and LaMarr Woodely get to Campbell with some pressure to force some poor throws.

2. Get some early momentum – Last week the Steelers were out of sync from the opening kickoff, and it showed in their opening possession – a three and out, while the Pats marched right down the field and scored. There’s no doubt the Steelers thrive on emotion, and there’s no better way to get the crowd in the game and get off to a fast start with either positive plays on offense or making an early stop or two on defense. Ben Roethlsiberger needs to be the guy to take charge on the offense and make plays.

3. Make plays when they are available – Last week it was frustarting to watch more than one player drop a pass that could have turned the momentum of the game vs the Pats. The Steelers need to get back to having good hands, and when the chance is there to make a play, they have to do it. The Raiders defense has been stingy over the last few weeks of their win streak, and when there’s chances to make catches, the Steelers have to do it.

Prediction – After how things fell apart in the fourth quarter in Cincy and for all four quarters last week, the Steelers are officially in trouble. They are still banged up, and the Raiders, a team that came to Pittsburgh and won last year, are smelling blood. The Steelers have to dig down deep, but I have a very uneasy feeling that the collapse of 09 is hanging around, and we could be on the verge of much of the same in 2010. Oakland 27 Steelers 21