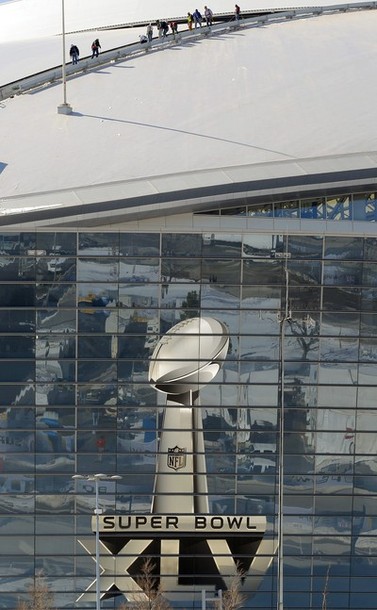 Packers 28, Steelers 24 – This is going to be a really exciting match-up. I say the Packers will march down the field, led by Aaron Rodgers, and get a game-winning touchdown drive to beat the Steelers. It’ll be a good defensive battle, but when it comes to offense, the Packers look like they got an advantage. Expect a big game from Donald Driver in this one.

Steelers 24, Packers 18 – Aaron Rodgers, James Starks, and the Packers defense is getting a ton of attention leading up to the Super Bowl. Meanwhile, two-time Super Bowl winner Ben Roethlisberger and his team of ring wearing players are preparing for the big game with experience under their belt. In the end, I am going to take experience and the league’s top rated defense to win this one.

Steelers 21 Packers 17 – With the matchup of the most historic teams in the NFL, this one is all about playmakers on defense. With all the hype surrounding Aaron Rodgers and the passing attack of the Packers, the running game of the Green and Yellow will determine this one. If the Steelers are able to shut down the ground game of James Starks and the rest of the Packers, Pittsburgh will be able to work their zone blitz schemes and bring pressure on known passing downs to frustrate Aaron Rodgers. The Steelers often struggle with mobile quarterbacks, but James Harrison and LaMarr Woodley will keep Rodgers in the pocket and force him to step up to deliver the ball. Rodgers works well by making quick reads and getting rid of the football as fast as any quarterback in the league. If the Steelers are able to stop the run, they can disguise their blitz packages and force Rodgers to take a half second longer to get rid of the football than he would like.

With the Steelers defense putting pressure on Rodgers, I see them using their ground game to set up play action and keep play makers Clay Matthews and Charles Woodson away from Roethlisberger. The injury to Maurkice Pouncey is a huge loss for the Steelers, and one that the Packers will look to take advantage of. Look for blitzes from A.J. Hawk and stunts from Matthews to fill the A and B gaps next to Pouncey. The ability for the Steelers to recognize these blitzes and pick them up will be key for Roethlisberger to push the ball downfield. Look for Ben to use a lot of no huddle to keep the Packers out of their comfort zone and keep his offensive line in a flow.

Packers 31, Steelers 28 –The Steelers have had a good season, but they have done just enough to win in the postseason. The Packers have dominated the postseason, aside from the Caleb Hanie fiasco. The Packers are simply the best team in football, and there is no stopping them. It doesn’t matter if the Steelers had a whole team of Troy Polamalus, they wouldn’t be able to slow down Aaron Rodgers in this Packers offense. It’s going to be one of the best Super Bowls of all-time, and it’s not going to disappoint.

Packers 39, Steelers 27 – I’m done with the Greek Alphabet– is gonna be a high-scoring affair, and unless the Pittsburgh defense can control the field position, and maybe come up with a score, I don’t see Pittsburgh’s defense being able to stop Aaron Rodgers and the Packers. This is basically an indoor game, and the Packers are made for this situation. Pittsburgh gave up 43 points to Baltimore and New York while playing at home, not two of the game’s best offenses. Green Bay ill move the ball at will. Big Ben will keep it close… for a while.

Super Bowl XLV: The Secret Paths To Victory
Win a FREE Harmony 300 Remote for the Big Game and Beyond!