Unhappy Dixon Staying Out of Latrobe; Agent Says He Wants a Trade 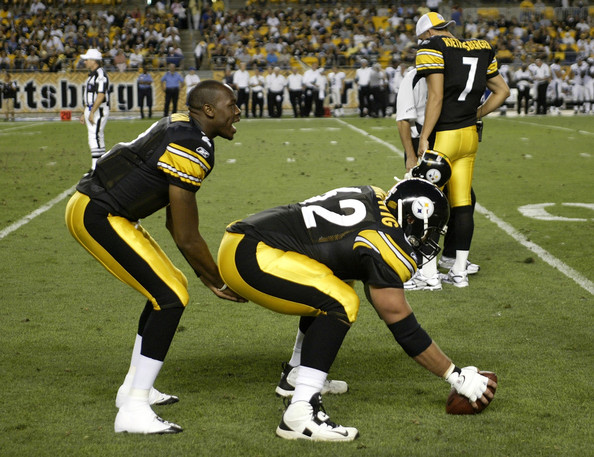 Dennis Dixon was the Steelers starter for the first two games of last season when QB’s were either suspended or hurt. Now, a season later, he’s weighing out his options as he sits at home away from camp in Latrobe.

Dixon, a restricted free agent, did not sign his tender and has yet to report to Steelers training camp. His agent, Jeff Sperbeck, told ESPN.com’s James Walker on Sunday that his client prefers a chance to compete for another team over being a backup or even a #3 as Byron Leftwich gets the reps as a backup for Ben Roethlisberger.

“Dennis would love the opportunity to start,” Sperbeck told Walker. “Yes, we would look forward to an opportunity for a trade — it’s a starting opportunity we’re looking for.”

Dixon’s agent said there is still a chance at some point that his client will ink the offer that the Steelers have given him. “There’s a possibility he will sign it,” Sperbeck said to Walker. “We’re just looking to gather information here during the early part of free agency.”

Bottom line, Dixon is in a rock and a hard spot. He hasn’t shown enough when given the chance as a starter of the last two seasons to garner that much interest to have a number of teams look at him, but at the same time, he does have some talent and there may be a team that would take a shot on him.

Don’t forget, under the new CBA, teams can have their #3 QB as part of the roster on Sunday and not inactive, meaning that the Steelers could have him on the roster and involved in some type of packages that could take advantage of his speed and ability to run in the pocket.

Smith is Back on the Field – Can He Stay There?
Steelers Ink CB William Gay to Multi-Year Deal