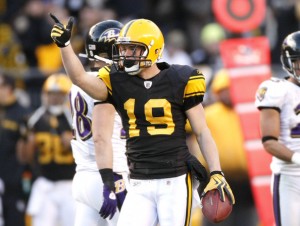 The Steelers started to take care of business when it came to cuts on Friday, as the team said “good-bye” to 21 players and moved quarterback Byron Leftwich to injured reserve, which ends his season. The roster stands at 58 players, and they will still need to remove five more players to get their roster down to 53.

Williams becomes the first 2011 draft pick to be shown the door. As of now, the rest of the picks remain.

With Preseason Over; Will McFadden Be Ready to Go for the Opener?
Roster Set at 53 – OL Hills, P Kapinos and CB Buter Among the Cuts