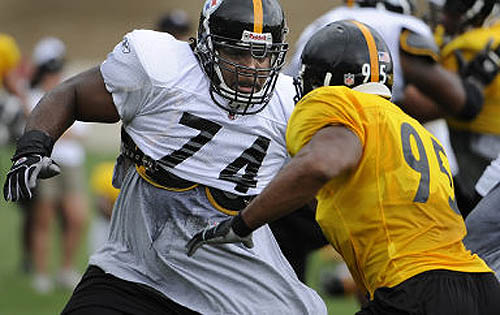 The Steelers are licking their wounds after Sunday’s somewhat stunning loss in Baltimore. Not only were they beat up on the field, but it appears they suffered a rather big injury off it.

Adam Caplan of The Sideline View is reporting that starting right tackle Willie Colon could be lost for a significant period of time with an arm injury.

Caplan says it’s believed that the injury is in the triceps area.

Colon was inked this past offseason to a big five year deal worth $29 million. If he’s lost for a long amount of time or even the season, the team could go out and bring back Flozell Adams, who was released and not brought back this offseason.