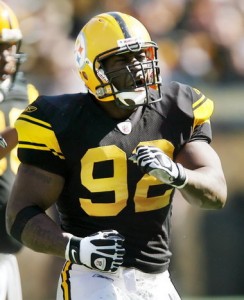 As expected, the Steelers will be without linebacker James Harrison for Monday nights game at San Francisco against the 49ers.

Harrison’s appeal for a one-game suspension after a hit on Browns QB Colt McCoy last Thursday was heard yesterday by Ted Cottrell, and the one-game suspension was upheld, meaning that the former NFL Defensive Player of the Year will have to sit out the critical game at the 49ers.

With the hopeful return of LaMarr Woodley to the lineup for the game, OLB will get the start in Harrison’s place on the other side.