Four Positions The Steelers Need to Upgrade This Offseason 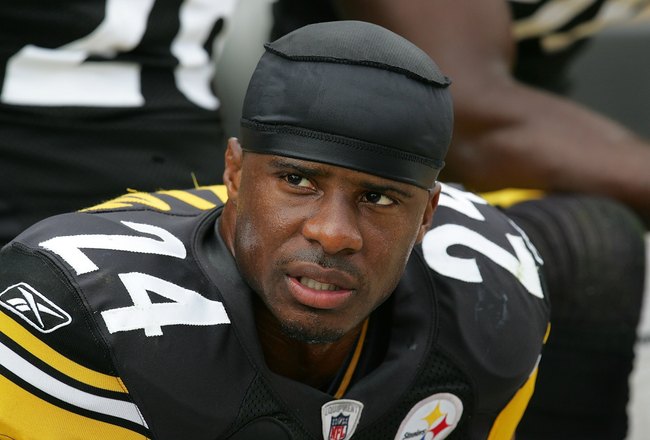 There’s plenty of thinking and tinkering to do with the Steelers roster as we get set for the offseason and entering the 2012 campaign. With free agency and the draft coming up faster than we all think, today we’re gonna look at a couple spots on the team that could use improving in 2012 and for the future.

1. Offensive Line – A revolving door position in 2011 due to injuries as well as poor play, there’s not many out there that would put the O-line at the top of the list for positions that need to improve. Ben Roethlisberger has been sacked more times over the past few seasons than any other NFL QB, and if they don’t do a better job of protecting him, the injury he suffered to his ankle this season is going to be nothing than what will happen in the future. They would do well to spend 1-3 picks in the first few rounds on linemen.

2. Cornerback – A lot was made about the Steelers having a top pass defense in 2011, but let’s be real. If they were so dominant, would Tim Tebow have carved them up in the wild card game? This is a unit that needs another 1-2 players, and again, while injuries took their toll at the end of the season, this unit isn’t as good as they were made out to be. Better than 2010, but a group that will need to get better if the team is going to make it back to the Super Bowl in 2013.

3. Running Back – Rashard Mendenhall’s injury was thought to be a death blow for the postseason, but then Issac Redmen showed up and had a huge playoff game, making some wonder just how good Mendenhall really is. I think they could for sure afford to get another back or two that either could be a solid 3rd down back, or even an everydown starter. There’s some guy named Peyton Hillis who is going to hit the free agent market, and he kinda reminds me of what Jerome Bettis was in 1995. Just saying.

4. Quarterback – Sure, the team has probably the 2nd or 3rd best QB in the AFC, but if in fact he gets hurt, I’m not a huge fan of having to play Charlie Batch or Dennis Dixon longterm. Then there’s Byron Leftwich, but he’s been fragile over the years, and I would like to see the team pick up a longterm solid backup, so if Roethlisberger does go down for an extended amount of time, the team won’t be left in critical condition.

Polamalu Wins Appeal of $10,000 For Using Cell Phone on Sideline
Allen or Lewis to Get a Shot to Start at CB Opposite Taylor in 2012?